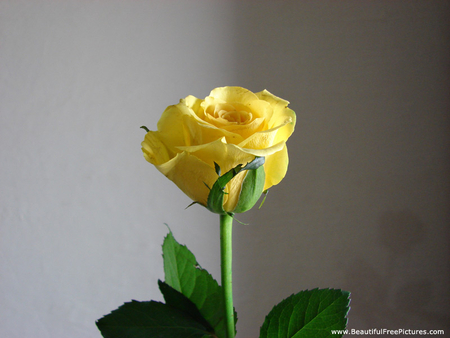 Note: This piece was written for Oath Keepers and published at OathKeepers.org. See link below article.

A Personal Thanksgiving Letter From Your Editor

Oath Keepers Founder and President Stewart Rhodes asked me to compose a brief Thanksgiving message for all of our members and friends. Knowing my tendency toward verbosity he did ask me to be brief. The following is as brief as I could be… and I’m stating right up front that this letter is from me personally, in a way I do not usually speak to our membership, offered with thanks to you the reader personally.

After focusing on Ferguson, amnesty, porous borders, financial chicanery in the gold/silver markets, ongoing wars abroad, the militarization of police in America, the distant but approaching drumbeats of “martial law” coming to America, the plight of this nation’s war Veterans and their families, and myriad other pressing concerns like Benghazi, IRS abuse of Tea Party groups, Presidential abuse of executive orders, constant attacks on our Second Amendment rights, and indeed even the incessant assault on our Constitution itself, among other matters of concern, I have to say that Stewart’s assignment to write something for our people on the occasion of Thanksgiving is a very welcome and pleasing task me.

So this will be a letter from your friendly editor, and it shall reflect my own personal thankfulness, which I hope will inspire all readers to take heart in the face of the seeming disintegration of our way of life. For a moment let us put aside all the concerns of recent times and reflect on a goodness in life, a goodness each of us knows is there, deeply rooted in our families and our communities, in our way of life, our values and moral codes of honor. Goodness is a good thing. You may quote me on that.

I was recently interviewed by some people from the History Channel, and in that interview I noted for the camera that I am an “unemployed poet”. Off camera, the journalist and photographer wanted me to define that a bit, so I just asked them to try to recall the last time either of them saw a want-ad in their local newspaper calling for a poet. They both grinned, for they, like the rest of you reading this, had to admit that they had not seen a want-ad for a poet. Truth be known, it’s hard to find a job as a poet. Nobody hires poets, it would seem. Poets have to make their way in other ways, for the most part. It’s been that way since the beginning of language, and I see no sign, sooth, or symbol which indicates it will ever change. Yet the muse abideth, none the less.

The beginning of my seventh decade in this old, well-worn body is staring me in the face now, and I’ve yet to publish a collection of poems from those I’ve written over the years, even though that Good Grey Usher whom some call the Eternal Footman is nipping at my heels. I am an honorably discharged U.S. Marine and Veteran of the Viet Nam war. I was dosed with Agent Orange when I served in Viet Nam, and the fact that I’m sixty-nine years of age is a blessing for which I’m daily thankful. Each moment of each day is a precious gift to every man or woman who has been in war and made it back home from war. The shadow of death illumines one’s eye for life itself, and the presence of beauty in one’s world.

The incredible indelible beauty of the miracle of existence confronts me every moment of every day, and that miracle, radiant and brilliant and stunningly so, distracts my old heart with ventures into what I fondly call the “fields of the flowers of mind”, where I register my thankfulness to my higher self and to what our Founders referred to as “Nature’s God”. Part of goodness includes taking pause to smell the flowers, and to perhaps reflect upon the obvious fact that flowers are quite unnecessary, quite fragile in a brutal world, and yet are everywhere the eye casts, calling out to mankind to remember “beauty”.

As one who is thankful to find beauty in this world I do believe that its time I share a bit of my secret life as a poet with Oath Keepers readers, especially with you, personally. I will introduce this by first speaking about figurative language, the tools of the poet. Included in the poet’s tool chest are abstractions such as “similie”, “metaphor”, “irony”, “personification”, “alliteration”, “symbol”, “synecdoche”, “metonymy”, “allegory”, “paradox”, “hyperbole”, “allusion”, “tone”, and even “onomatopoeia”. Such are the tools of the figurative wordsmith, created by human mental states derived from observation and experience down through the centuries of written history. On this Thanksgiving Day I’d like to dwell specifically on the tool called “metaphor”. To introduce the term metaphor, I’d like to offer readers a little poem entitled simply “Church Flower”. After we read that poem I’ll talk about how the poem brings before our visionary powers a message of enduring hope and a challenge for America, embodied in an extended metaphor.

Tuesday brings no dutiful deacon
nor member of the fold;
the church is ringed about outside
with autumn leaves and cold;
a distant sun with teasing light
dances the window-sill
with shadows made ‘neath the slender bend
of the flower time shall kill.

Old widow Gray on Sunday last
offered the bloom in taste,
placing it with black-gloved hands
upon the sill, envased.
And all who heard the Word of God
that morning saw the act;
black fingers ’round a golden face
for a moment’s timeless pact.

I came on board with Oath Keepers as soon as Stewart Rhodes invited me. As I stated at the Bundy ranch down in Nevada on the fifth anniversary of Oath Keepers, this past April 19, 2014, Oath Keepers has been very good for me. As an aging war Veteran who cherishes the America we seem to be losing, and as an unemployed poet, I can not think of any better way to honor that Oath I swore back in 1965 than to give my all to Stewart Rhodes’ vision and the organization which has grown out of that vision – the one organization which has revived in the national discourse over the past five and a half years the meaning carried in that Oath required by Article VI. I am thankful for that opportunity which Stewart’s idea provided to me, and thankful to work with so many wonderful patriots – our members, our local chapter leaders, our State chapter leaders, my fellow Board members, and all the other patriots across America who are daily spreading the light about our Constitution. And that is the metaphor the poem above only hints at in the abstract.

Our Constitution is like a golden flower. The Light of Truth gives it its fair color, outlines its form, and thereby uplifts every eye with hope that the “unalienable rights” which each person brings by birth into this world shall be protected by the highest law of the land. Yet the fingers of darkness surround it, have placed it in a confined and redefined place, left it abandoned in an empty church, isolated it aside from the hurried and harried steps of the crowd, the human congregation, who bow to the thousand and one flies in the market place or to the contests in the stadium or to the entertainments in the theater or even to the sofa facing the TV set. As the poet Leonard Cohen once put it,

“The rich have got their channels in the bedrooms of the poor.”

Will that dutiful deacon, the American patriot, come by on the morrow, before prayer meeting, and water that flower? Will we, as patriots, embrace our commonality, pour from our hearts in universal gratitude and thankfulness the saving river of our combined love, which we find in fealty and beauty, in family and friend, and thereby water that flower to keep it alive? Shall not we actually live the Constitution , to keep it alive?

Only time shall tell, of course; but the ravages of time have been held back for some two-hundred twenty-five years already, thanks to all who cared and served across many generations. For that I know all reading this are thankful, and for that I too am thankful. I will close this letter with my favorite metaphor, a line written by Dylan Thomas long ago. I offer it as a gift which defines the essence of metaphor. My life as an amateur poet has always striven to at least once, just once before I die, put pen to a line as powerfully dynamic and alive as this metaphor by Thomas:

And to that title line I would now, on Thanksgiving 2014, add this in grace and gratitude – That same force drives every member of this organization to honor one’s Oath to the Constitution. To all you Firefighters, First Responders, police and deputies, military current-serving and all who’ve retired or are Veterans, and to all who have never served that way but who support those who honor their Oath with your membership dues and gifts, Oath Keepers wants you to know you are appreciated for standing strong in good conscience through thick and thin in a turbulent world.

We are thankful for your continuing service with your ongoing support of this organization. In a brief five and a half years you have implanted in the national mind a remembrance of the Oath, it is on the tongue of everyone, even politicians, and the project is thus far a triumph, thanks to each of you.

Stewart wanted you to know that, and I’m glad he asked me to be the one to word it. All of us at Oath Keepers national wish you and yours a wonderful Thanksgiving Day with a peace that glows only in the fields of the flowers of one’s personal inner soul, in the good soil of one’s mind. Thank you for keeping the candle burning.

Note: This piece was written for, and originally published at, Oath Keepers dot org on November 27 2014, at this link: