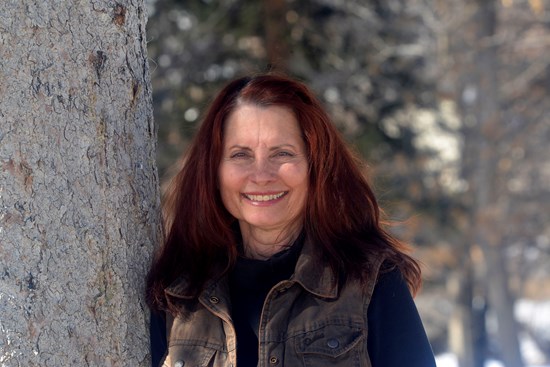 In 1805 President Jefferson’s exploration expedition which history named the “Lewis and Clark Expedition” arrived at the headwaters of the Missouri River at a place today named Three Forks, Montana. The town got its name because it was there that Lewis and Clark found the three rivers which all run together to form the Missouri River. The three rivers are the Jefferson River, the Madison River, and the Gallatin River.

Situated south of the headwaters a few miles, and just a few miles north of the Tobacco Root Mountain range, in a high-country quasi-desert setting, the town of Three Forks boasts an abundant and thriving variety of wildlife which share with rural ranches, farms, Interstate 90, and an occasional summertime rodeo, the vivid high-country scenery.  Willows border the rivers, coyotes range the open meadows and fields, and the eagle and osprey keep an eye on the antelope herds, the rabbits, foxes, the elk, the bear, and the occasional Moose.

Winters at Three Forks are harsh and require driving skills for safe driving on snow-pack. The summers are warm. The year-around winds are strong and omni-present.  Just a few miles outside Three Forks, on a rather sizable ranch, Oath Keepers lifetime member Joan Stanley starts her day at her chicken coop and the horse feeding station. Since becoming politically active in the Tea Party she has reduced the number of horses at her place, and no longer trains horses for other ranchers.

Joan also does organic gardening in her greenhouse, sharing her produce with neighbors and friends, and also shares her farmyard organic chicken eggs. She is a caring and helpful good neighbor to both her ranching neighbors and the wildlife which visits her ranch each day. (She is somewhat reluctant to share her vegetable gardens with the deer.)

During the 2008 election cycle Joan Stanley worked tirelessly for the Ron Paul campaign, and by 2009 she had accepted the post as coordinator for the Montana Tea Party, a task in which she assisted local chapters as they organized and got active.

I mentioned the foregoing as being just a few brief snippets of Joan Stanley’s personal character and her moral code of honor. Now let’s talk about how I came to meet her.

On April 15, 2009, I stood with about seven hundred other Tea Party people in front of the Courthouse in downtown Bozeman, Montana, in heavy snow which had accumulated several inches under foot and was whiting-out the street-level air that day. It was a wonderful demonstration against the Federal Reserve and its bastard child, the IRS.

I marveled that seven hundred citizens of Bozeman ( a rather small city of around forty thousand souls at that time, iirc) would brave the snowstorm to cheer and applaud anti-Federal Reserve and anti-IRS speeches on the Courthouse steps. I asked around to learn who had organized that event, and people told me, “Joan Stanley”.  I had never heard her name before, but within a week I had her contact information and arranged a meeting with her. When she learned that I work with Oath Keepers she was overtly glad to meet me, and we have worked together on various liberty-oriented projects ever since.

Joan Stanley’s next big event in Bozeman was three times larger than her Tax Day protest. More than two thousand Tea Party people marched down Main Street in Bozeman in a Tea Party Independence Day parade. Leading that parade from one end of Main Street to the Courthouse across town was an Oath Keepers marching banner, and that banner was carried by Oath Keepers from Las Vegas, including Stewart Rhodes himself, the founder of Oath Keepers. Here is a brief description of how Joan Stanley produced Stewart Rhodes for her Independence Day parade.

She contacted Stewart Rhodes herself and invited him to join her parade, and Stewart, who had already been invited to several other Tea Party events for that day, but had not committed to either, agreed to schedule Bozeman instead of one of the other choices. That was all well and good, until a complication arose from Joan’s people in Bozeman. I’ll explain.

When Joan had produced the Tax Day protest the event was so noteworthy that many people in Bozeman suggested that she organize the Bozeman Tea Party and appoint a “committee” for leadership. Activists around town wanted to work with her, and soon there was a sizable Committee. But during the planning phase for the Independence Day parade, many committee members objected to allowing the Oath Keepers to march with them.  Joan had already cemented the deal with Stewart Rhodes, who would show up with a group of Oath Keepers from Nevada as well as myself and other local members. As Stewart had by then said “no” to other requests for him on that day,  Joan was distraught.

Joan Stanley then asked me to address her committee, which I did. During that meeting I explained away the fears for a majority of the committee members and the vote went in favor of having Oath Keepers march in the parade. The parade was a huge success as two thousand patriots paraded up Main Street and celebrated this nation’s Independence with rousing speeches at the Courthouse.

Afterward Joan tried her hand at publishing a monthly newspaper in hard-copy. She named it “The Montana Messenger” and engaged me to be the editor for that paper. It was short-lived, however, as Joan lost considerable investment due to lack of subscriptions. She still publishes an email newsletter by that name.

Joan Stanley has continued to support the Oath Keepers mission, and has enjoyed gaining a deeper understanding of the original intent of the founders as they designed and perfected the Constitution which created the General government. 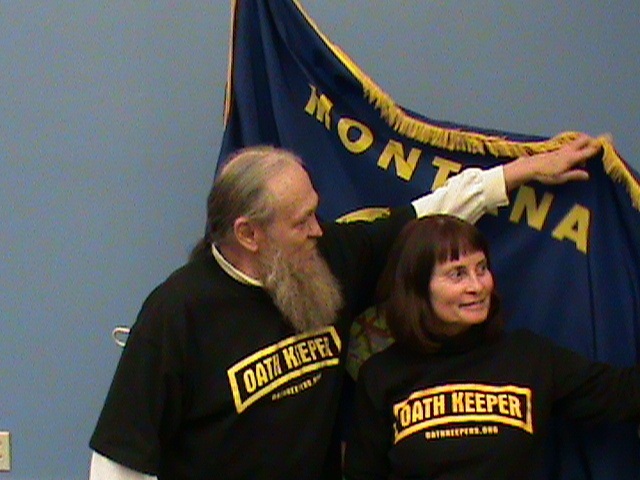 She has discovered, for one example, that the Constitution was not granted any authority to own a citizen’s body, which it must assert prior to regulating what a person may or may not put into one’s body, such as marijuana. Joan now supports Oath Keepers war on the “war on drugs”.

She, like the rest of middle America, is shocked to see the treachery abiding inside the beltway at WDC, and is determined to work to educate the public. She is opposed to Federal intervention in local public education. She opposes Agenda 21 and its related United Nations ngo-based operations which are redesigning property rights for American citizens as well as other liberty-oriented social, cultural and political issues. She opposes the undeclared (and therefore un-Constitutional) foreign wars against countries which could not possibly threaten America.

She opposes the arrogance of government which would regulate and license marriage between consenting adults, feeling that such relationships are best left to the community and churches/synagogues/temples.  She opposes the welfare state, foreign aid, and U.S. involvement in the United Nations’ plan for a one-world government, on grounds that U.S. sovereignty must be preserved at all costs in order to protect individual freedom as our founders engineered liberty into the wording of the Constitution. She is a firm believer in the Second Amendment, along with the other Amendments which comprise our Bill of Rights.

In a word, Joan Stanley stands for, and works for every day in some way or another, personal responsibility and the personal freedom which arises out of that personal responsibility. She walks in the shadow of Thomas Jefferson and James Madison, and reaches out to people everywhere to share the beauty of freedom as protected by our Constitution.

Joan’s passion for traditional American values, for family values, for moral values, is so great that, in addition to supporting Oath Keepers and many other liberty-oriented groups, she decided to run for the Montana Senate this year, and has worked tirelessly to campaign as a Libertarian candidate. She has spent countless afternoons knocking on front doors in her district and talking with citizens of every sort. She tells me that she has been surprised to see the numbers of people who appreciate her actually coming to their homes to discuss the issues and who are very sympathetic for the Libertarian platform. What carries in her visits with constituents is her dedication to increasing the education of the public to the proper role and limits of government and the freedom and prosperity we all would enjoy to a greater degree if and when we manage to somehow reduce the size and concentrated power of government, yielding finally to the ideal of “local control over local affairs”.

As the editor for Oath Keepers, I wanted to share this profile on one of our outstanding lifetime members — a petite rancher woman in Montana who believes in our country, our culture, our tradition, and most of all, our Constitution. Oath Keepers is proud of Joan Stanley and grateful for her activism and her support of the Oath Keepers mission.